What is the Choice of Law for Contracts?

What is the Choice of Law for Contracts

In the increasingly international business community where contracts are often formed online between parties in different States or countries it is becoming more important to identify which law will be applied to the contract. While this is an aspect of the contract which is often overlooked it can have severe repercussions if ignored and a dispute subsequently arises in the transaction. 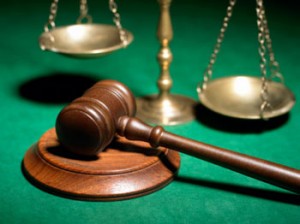 The general rule that applies is that the ‘proper law’ of the contract is to be applied. The proper law of the contract can be either the laws which the parties to the contract expressly state, or in the absence of any express choice of law, the system of law which objectively has the closest and most real connection (Akai Pty Ltd v The People’s Insurance Company Pty Ltd (1996) 188 CLR 418).

The subjective proper law of the contract can be established by an express choice of laws provision within the contract or can be implied from the nature and circumstances of the agreement.

An express choice of laws provision in a contract will generally bind the parties. This may be regardless of the objective proper law of the contract; the classic example of this is the decision of Vita Food Products Inc v Unus Shipping Co. 1939] AC 277.

In this case the parties had included a choice of laws provision providing that the Laws of England would apply to the contract.

The Defendant was a Canadian company and the Plaintiff a company based in New York. A cargo ship of products was shipped from Canada to New York and ran aground in Canada due to apparent negligent navigation. The American Plaintiff sued in Canada as the Canadian law was more favourable.

While objectively the agreement and the contract has a stronger connection with the United States of America or Canada, and had no connection with England, other than the choice of laws contract, the court held that the express choice of law contract was not to be overridden.  As stated by Lord Wright in Vita Food Products Inc v Unus Shipping Co [1939] AC 277 at 290:

[W]here there is an express statement by the parties of their intention to select the law of the contract, it is difficult to see what qualifications are possible, provided that the intention expressed is bona fide and legal, and provided there is no reason for avoiding the choice on the ground of public policy.

While this is an English Privy Council decision it has been subsequently affirmed in Australia in Akai Pty Ltd v The People’s Insurance Company Pty Ltd (1996) 188 CLR 418.

While an expressly chosen choice of law provision is usually accepted by a Court, some factors such as overriding legislation such as Maritime laws or certain Consumer laws, or public policy may impact upon the proper selection.

A subjective proper law of a contract can also be implied by the actions of the parties. While there may not be an express choice of laws provision the constructions of the contract may imply that the parties intended their contract to be governed by a particular legal system. This may be implied by a dispute resolution forum clause, arbitration clause or technical language which relates the law of a particular place.

The Objective proper law is the law of the place that has the closest and most real connection to the contract (Bonython v Commonwealth [1951] AC 201, 219). This is to be established looking at the contract and the formation of the contract as a whole.

It is important that parties carefully consider the correct choice of law to include within contracts otherwise there is a wide range of factors which may influence what law is applied in the event that a dispute arises. If you have any questions regarding the proper law of a contract or are interested in inserting an appropriate choice of laws clause in your agreements, contact one of the solicitors at Streten Masons Lawyers.