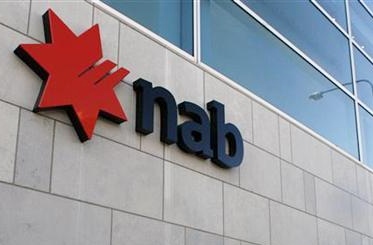 The recent decision of National Australia Bank Limited v Rice [2015] VSC 10 has asserted that the Banking Code of Practice (‘the Code’) has contractual force and that banks will be bound by the terms of the Code.

In the past, the Banking Code of Conduct has merely been seen as a guide to good business rather than a contractually enforceable document. The decision handed down by the Victorian Supreme Court may indicate a willingness by the Courts to uphold the terms of the Code. In National Australia Bank Limited v Rice [2015] VSC 10, NAB was seeking to enforce a guarantee against Mr Rose. The Court found that NAB had failed to comply with a number of obligations under the Code, including failing to advise on risk and to seek independent legal advice as well as failing to provide the proper cooling off periods.

Subsequently, NAB tried to call on Mr Rose to provide payment in accordance with the Guarantee. The Court held that the Code has contractual force, and failing to comply with its terms meant that NAB was not entitled to recover their millions of dollars in losses against Mr Rose. This is a significant development in providing consumer protection in the Banking Industry.

The Banking Code of Practice is a voluntary industry code which banks may enter into. Most banks, including the Big Four Banks have subscribed to the Code. While it has always been contended that subscription with the code creates a binding contract between the banks and their customers, in recent years the courts have been unwilling to make a definitive answer on this decision it seems, until now.

The Code itself does not expressly address legal actions for breach of the Code, however there have been a number of cases in the past which have dealt with the contractual nature of the Code. In Sam Management Services (Australia) Pty Ltd v Western Australia Ltd [2009] NSWCA 320 it was held that the good faith requirements in the Code were merely a guide, and did not enforce a strict legal obligation on the Bank. This was further supported in Bank of Queensland v Wright [2014] QSC 67 where the good faith requirements were called vague and an ‘uncertain base for a defence’.

In Commonwealth Bank of Australia v Starrs [2012] SASC 222 the legal effect of the Code was described as ‘largely a collection of “dos and don’ts”’ of bankers conduct’. As such, while it was held that breaches of the Code may be relevant when determining defined cases of unconscionability, at a basic level the Code was more of a reminder of good conduct. In Williams v Commonwealth Bank of Australia [2013] NSWSC 335 the Court held that the despite the defendant breaching the Code, the Court would not set aside the guarantee, nor award damages. In this case the Court held that the parties would have entered the transaction regardless of the breach.

These collection of cases seem to show the Courts were unwilling to give legal effect to the Code, or were merely ambivalent to the Code. However, the Courts have not always dismissed the contractual nature of the Code. In Davies v Commonwealth Bank of Australia (Credit) [2009] VCAT 90, the Tribunal indicated that the Code did create a contractual agreement. This view was further supported in Victor Seeto v Bank of Western Australia [2010] NSWSC 922.

The decision in National Australia Bank Limited v Rice [2015] VSC 10 appears to be a significant step forward in providing adequate protection for consumers in the Banking Industry. While NAB has stated that the will appeal the decision, they have said that they intend to argue that they did not breach the code, as such it appears that the contractual nature of the Code may now become widely understood. It seems likely that breaches the Code may now be used as a valid defence against actions from the banks. It will be interesting to see whether breaches of the Code may develop into an action in their own right, rather than merely providing a defence.

We will keep you updated of the progress of this appeal and any repercussions this may have.

If you have any questions about industry codes and the industries obligations relating to them, feel free to contact one of the solicitors at Streten Masons Lawyers on (07) 3667 8966.