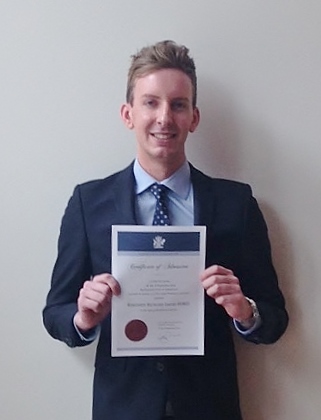 This week one of our newest members of the SMS team, Rhennen Ford, was admitted as a solicitor at the Banco Court in the Brisbane CBD. Rhennen is a law graduate from the Queensland University of Technology who joined our Caboolture office at the beginning of August.

Rhennen has been working mostly on commercial matters so far and says that it is slowly becoming one of his favourite areas of the law. He says that at University he most enjoyed studying dispute resolution and property law, although he still hasn’t settled on what will be his ‘calling’.

Last month was a big one for Streten Masons Lawyers; with both the Morningside and Caboolture offices expanding to introduce three new staff members in total. It has been a fun and exciting journey for the firm, which only opened its second office in Morningside one year ago last month. From then until now the offices have become a lot busier, but we are enjoying the change and look forward to continuing to grow and develop.

Congratulations on being admitted today Rhennen, and a warm welcome to the Streten Masons Lawyers team.