Last month amendments to the Building and Construction Industry Payments Bill 2014 were passed through the Queensland Parliament. Further to our article from August, there are some new conditions of which Building and Construction industry professionals should take note. The new Act was expected to have come in to effect earlier this month, however following these recent amendments to the original Bill, we may be waiting a little longer. Here are the key changes:

Still confused? Here is a visual summary of the new BCIPA process as of 11th September 2014 (yet to come in to effect): 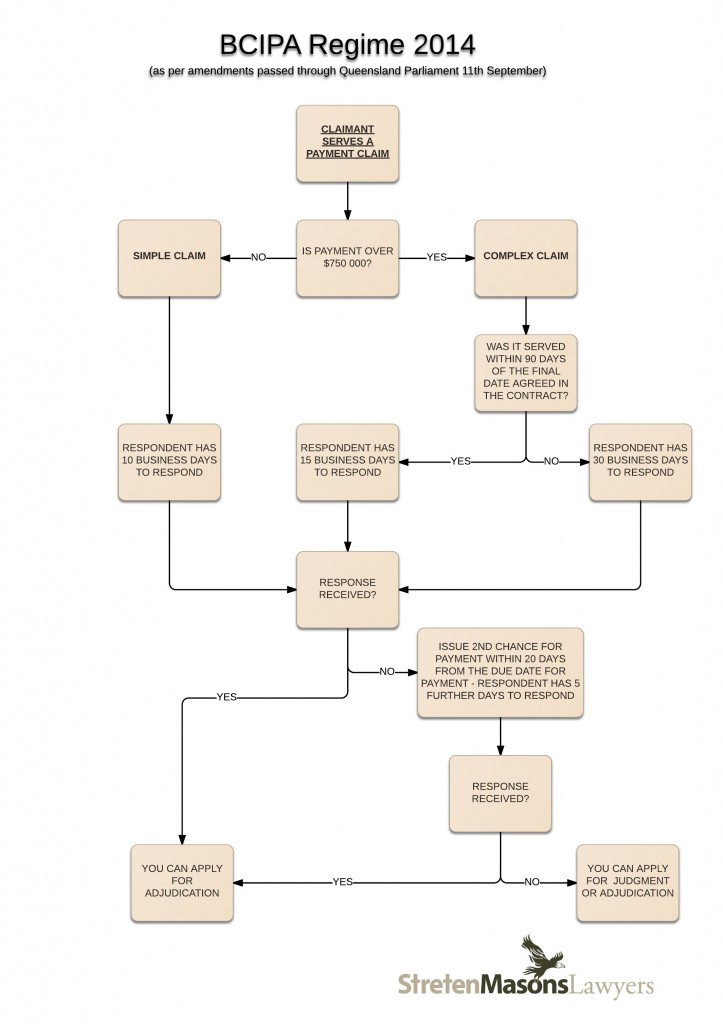